2) Stable without failure. The catalytic activity of general catalysts in strongly alkaline sodium silicate decreases with time, and the structure of CUCAT-WNT is stable and the attenuation is not obvious.

3) The cured composite has high strength. The strength of inorganic reinforcement after curing is directly related to the reaction product and reaction completeness, which depends on the catalyst used. CUCAT-WN series has higher strength than other catalysts after curing.

4) WNT04A and WNK01 have high catalytic activity and the addition is low.

II. The catalytic activity of WNK01 is about twice that of DMAEE (see the figure below). It is recommended for the application of vertical surface spraying which need rapid solidification. It can be rapidly solidified and formed in 3-8 seconds. 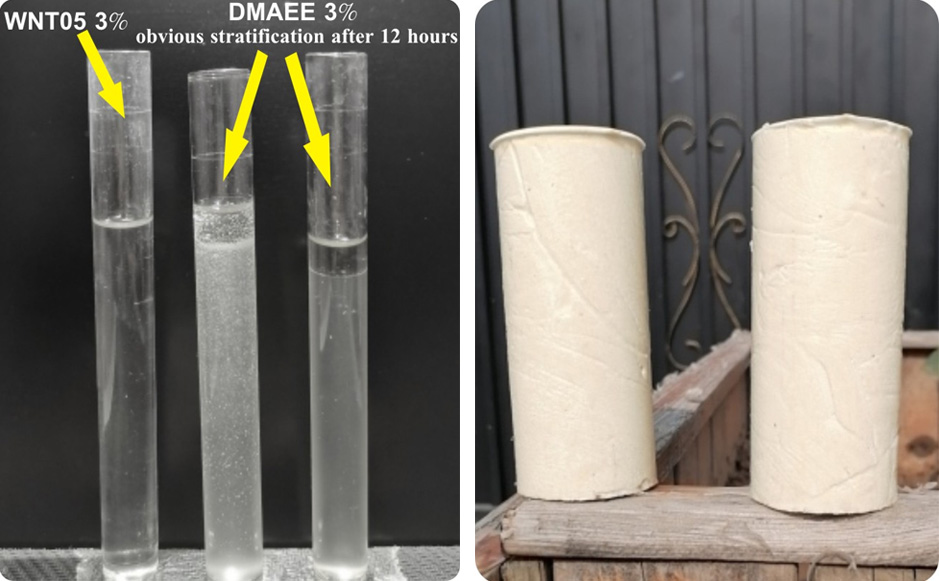 5) CUCAT-WNT05 has good compatibility with sodium silicate. Sodium silicate belongs to high-density water-soluble inorganic matter. Generally, the catalyst is mixed with it and is turbid and insoluble.

Previous: Organic Material for Leaking Stoppage and Structural Reinforcement
Next: None
Inquiry List(0)
Already in the Inquiry List!
Newsletter
0